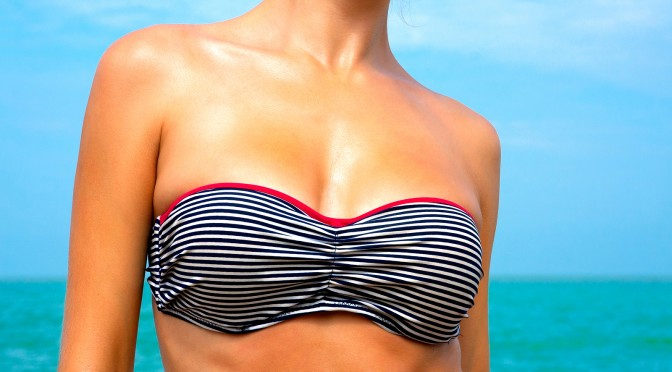 With the exception of Cate Blanchett and Tom Hiddleston, not a lot of people can pull off the pasty look that well, which probably explains why tanning has maintained its popularity over the years. While the likes of Snooki and Donatella Versace have taken tanning to the extreme, this beauty regimen’s origins are actually more sophisticated and scientific than one would expect.

The History of Spray Tanning

Tanning, in general, was made popular by no less than fashion icon Coco Chanel in 1923. Upon her return home from a trip to the French Riviera, lots of people become curious about her noticeably darker skin, and with that, a new beauty fad was born. However, it took close to three decades before artificial tanning was discovered and another four decades for spray tanning to be developed.

It was in the 1950s when a researcher at the University of Cincinnati named Eva Wittgenstein discovered the process of spray tanning by accident. Eva’s study focused on dihydroxyacetone (DHA) as an oral drug for assisting children with Glycogen Storage Disease. DHA is usually derived from plant sources such as sugar beets and sugar cane. While Eva was conducting the study, she noticed than when the medicine splattered, it stained her patient’s bodies, but not their clothes. Curious about its effects, Eva tested the solution on her own skin, and to her surprise, the same thing happened—her skin also turned brown within a matter of hours. Following a few more tests, the solution was mass­produced by tanning companies such as Coppertone.

In the years that followed, several cosmetic companies tried to tweak the solution in order to improve its tanning effect on skin. Although effective and non­toxic, many people complained that cream tans made their skin look very orange. Fortunately in 1997, cosmetics giant Estée Lauder identified the root of the problem and offered an effective solution. According to the Estée Lauder chemists, the problem with sunless tanning creams was that they trapped DHA on the skin’s surface. By delivering DHA into deeper layers of the skin, the solution was able to penetrate more cells, thereby creating a more natural, less o rangey tan. And this was made possible by shifting from creams to spray tans.

The Benefits of Spray Tanning

First, as compared to other artificial tanning methods such as UV tanning booths, spray tans are a lot safer. Although spray tans contain acetones—which aren’t necessarily healthy—simply holding your breath while applying the solution will solve the problem. Second, spray tans are considered to be the easiest and fastest method of tanning. It takes as little as fifteen minutes to get a nice, even tan. Third, spray tans are value for money. Although staying under the sun is still the cheapest way to get a tan, the safety, practicality, and effectiveness offered by spray tans at approximately $25 is something worth considering.

Since its inception in the late 90s, spray tanning has taken the world by storm. From celebrities to businesswomen, people from all walks of life have discovered its effectiveness. And by the looks of it, this tanning method isn’t going away anytime soon. So if you have yet to discover the wonders of spray tanning get one today. You won’t regret it.