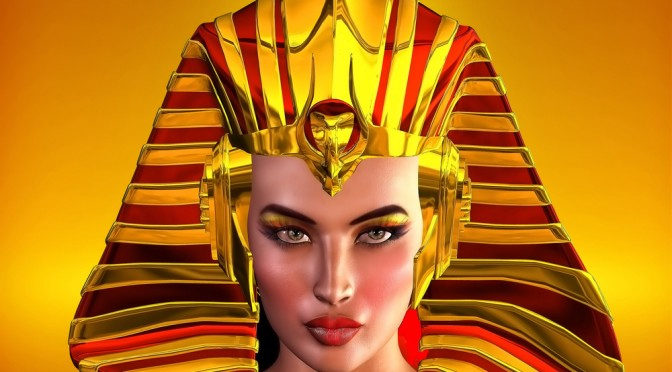 Who isn’t familiar with Cleopatra? Although she’s been dead for millennia, her legacy still lives on up to this day—and with good reason. In a time when women had little or no say in the affairs of society, she broke barriers by rising to power as one of ancient Egypt’s most respected pharaohs. In addition to her political achievements, Cleopatra is also famous for her unique and extravagant beauty rituals. Well‐documented in history books, almost everyone is familiar with her lavish milk baths and her penchant for using facial toners. Unknown to many however, she was also a fan of today’s latest beauty craze—sugar waxing.

Although it’s difficult to pinpoint where sugaring originated exactly, many historians agree that this ancient method of hair removal was already being practiced in the old civilizations of Mesopotamia, Egypt, and Greece as early as 1900 B.C. It was referred to as sukkar in the Middle East and moun in Persia. Because sugar was confined only to the regions surrounding Persia until 1,000 A.D., honey was the main sugaring agent used to make this waxing paste during those times.

As evidenced by Cleopatra’s meticulous beauty rituals, ancient Egyptians took personal hygiene, aesthetics and cosmetics very, very seriously. Proof of this is a hieroglyphic text explaining how female slaves were required to remove all their body hair when serving the pharaoh. Meanwhile, in Mesopotamia, kings preferred their brides to be presented to them clean and smooth, meaning they had to be devoid of body hair. Similarly, brides in the Middle East were also expected to remove their body hair completely before their wedding night. And because of these specific demands, the ancient method of sugaring was developed.

The modern‐day practice of sugaring has not changed much over the years. But because sugar is now more readily available, it has replaced honey as the main ingredient of sugar waxing paste. Moreover, the process of sugaring has also remained relatively unchanged over the years. Sugar, water, and lemon juice are all mixed in a saucepan and left to simmer on low heat. Once the solution cools down to room temperature, it is then applied on the skin.

Seen as a more affordable and less painful alternative to ordinary waxing, sugaring has remained popular in the Orient over the years. Recently, however, it has been gaining popularity in Germany and parts of North America, where the demand for more organic and eco‐friendly products is fast growing. In addition to being cheap and organic, lots of waxing aficionados have been shifting to sugar waxing because it has also been found to be hypoallergenic. Because there are no chemicals involved, it doesn’t leave any harmful residue on the skin.

There’s a reason why this waxing method has lasted for thousands of years. Simply put, it’s a no‐fuss approach to hair removal that has been tried and tested for generations. So it’s safe to say that sugar waxing is here to stay for a very long time. If it was good enough for someone as high maintenance as Cleopatra, I guess it should be good enough for the rest of us, too!